Posted on April 11, 2015 by mlsentertainment 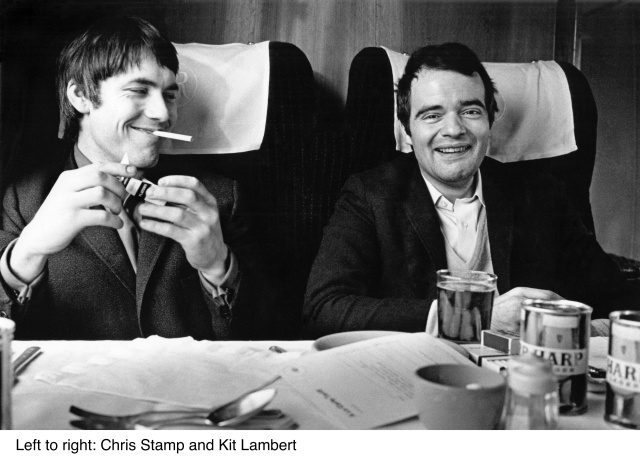 Lambert & Stamp were two aspiring filmmakers from London’s postwar generation in the early 60’s, who shared the same taste in jazz music, literature and film, and wanted to make a documentary film about the mod world of rock and roll which was very fresh and new in the British music scene at the time.  They were quite an odd and unlikely pair to collaborate together.

You had Chris Stamp, who was the son of a tugboat captain, and worked backstage at the ballet at the advice of his actor brother, actor Terrence Stamp, because his only interest at the time was girls.  Kit Lambert, on the other hand, came from a very cultured background from Oxford, whose father was a celebrated symphony conductor.  He was quite refined, always wearing tailored suits, and was fluent in several foreign languages.  He was gay during a time when it was “illegal” in England.

At the time, they were both working as assistants at Shepperton Studios.  It was their goal to become directors.  However, in order to to do that, they both knew they had to break ground, since it would be very unlikely they would never break out as directors at the same place where they were working as assistants.   They knew that’s all they wanted to do, but in order to get started, they just needed to discover a band that would make it from rags to riches.

“Kit and I looked everywhere at these bands to put in our so-called movie…we didn’t know what we wanted, but we absolutely knew what we didn’t want: if we found the people doing the music to be smart and neat and jumping up and down, they weren’t what we wanted. What we wanted—it was really about us. It was going to be some mad fucking concoction of stuff that looked like Lambert and Stamp.”

Stamp recalls driving through the streets of London, and running across a long line of mods and scooters outside a “sorded and grotty” Railway Hotel.  He ran to the back of the building and broke through the hotel’s security, where the venue was multiplied over capacity.  He just wanted to have a look inside to see what the scene looked like.  The kids were mesmerized with the sound coming from the “not so handsome” foursome of the “High Numbers”, who would later turn out to be “The Who”.

Lambert and Stamp were only a few years older than the members of the Who.  At the time, they were even making a name for themselves.  People knew who they were and they became more established wherever they went.

After entrusting the group to film them, it wasn’t too long after that they realized they needed management more than a film crew due to the growing success of the band.  Instead of filming full time, they needed to managed the group and put away the film cameras, and filmed only when needed.  Lambert used tactics such as giving tickets out to the sharpest looking faces that would make a visual impact in their documentary footage, making them part of the “100 Faces” club, making them feel special, building a fan base. 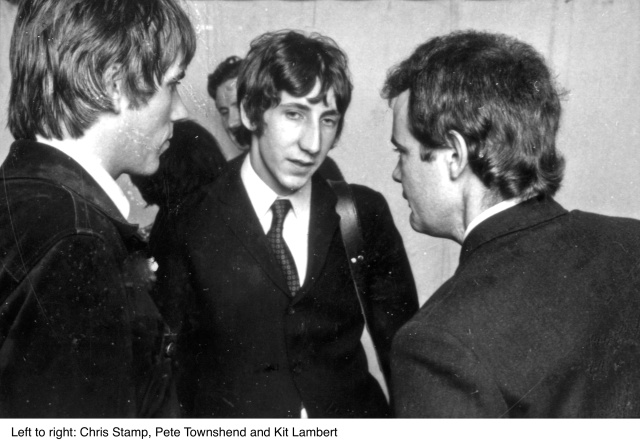 Lambert also was responsible for taking Pete Townsend’s under his wing.  In fact, Townsend asked about his opinion on what types of classical music he should listen to, and Lambert would just toss LP’s at him without saying a word.   Townsend later said that this helped him understand chord progression, blending classical and rock together, which influenced the rock opera, “Tommy”, which would be realized into a film, in which Lambert tried to get produced without the bands consent.  That is when the band fired their managers and things started to fall apart.

Even though this documentary is more about Lambert and Stamp, you get some insane stories with the entire band, including Keith Moon possibly leaving the group for Led Zeppelin, or just arriving hours late for some gigs because of his addiction to drugs, with Townsend ready to throw him down the stairs. 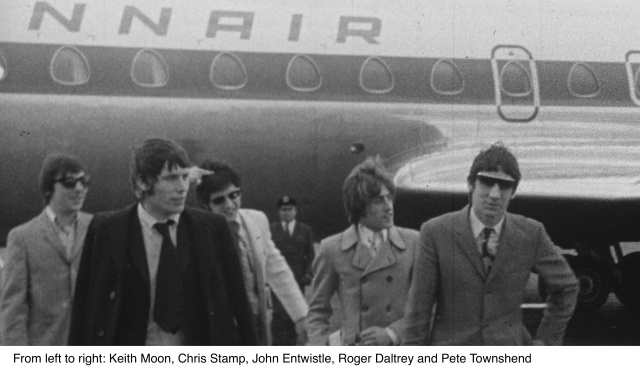 Unfortunately, Lambert and Stamp did not succeed as filmmakers, though, they still had inspirations, even after being successful with the band.  It wasn’t until the band gave the rights to Robert Stigwood to produce “Tommy”, did they realized that their film making dreams were shattered.

In any case, they certainly shaped and created the world of rock music by creating and forming one of the greatest rock bands in history, even if that wasn’t part of their plan.

Now playing at a theater near you.

Director James T. Cooper at a screening of “Lambert & Stamp” in San Francisco. 10 years in the making.
Photo by Marcus Siu

Bay Area photojournalist - Northern California, United States Promoting the lively film and music scene mainly through the Bay Area, as well as industry and technology events.
View all posts by mlsentertainment →
This entry was posted in Uncategorized. Bookmark the permalink.